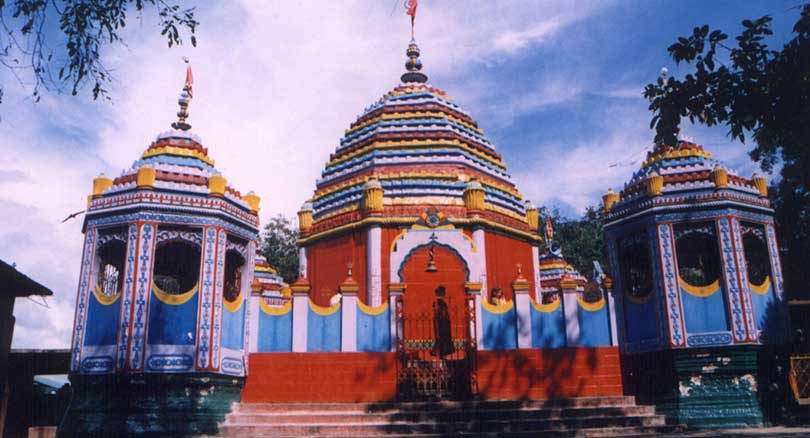 It is said that the four major Shakti Peethas are created from the limbs of Goddess Sati‘s corpse. The mythology says that Lord Shiva had a dance of destruction (Rudra Tandava) carrying half burnt body of goddess Sati after goddess Sati’s self-immolation. To stop the dance of destruction performed by Lord Shiva, Lord Vishnu threw His Chakra (Sudharshan Chakra) on Goddess Sati’s body which dismembered Her body into 52 parts. Each body part or ornament of Goddess Sati that fell on different places of the earth, and is the places where the Adi Shakti temples are built.